Collaboration for the Common Good 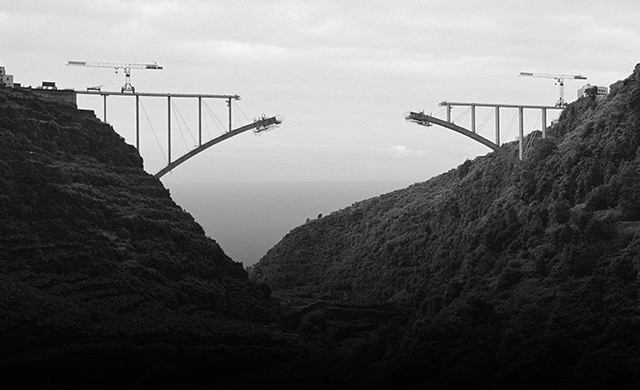 I was recently on an early morning trip to the airport for a flight overseas. In my city, the road to the airport crosses a bridge over a large lake. After crossing the bridge, I heard an ambulance siren coming up behind the rear of my car. Along with other drivers I pulled over and said a prayer for whoever was inside the ambulance.

Moments later I began thinking: Nobody really likes paying taxes, but we surely value – and rely on – many of the services that our taxes provide. Whoever picked up the phone early that morning and called emergency services for an ambulance could never have expected a quick response if thousands of other people had not paid the taxes that created the infrastructure to allow that ambulance to arrive.

Imagine a city with no integrated system of streets, lights, telephones, water, electricity, police, fire protection, or emergency services. Visionary, community-minded individuals have always understood that cities cannot function well without those services. They understand that the common good is everyone’s good and that someone has to work to put those systems in place. All of us who live in highly developed cities could not live with the ease and effectiveness we do without those visionary people committed to building the infrastructure necessary to serve the common good.

Without a vision for the common good it would be difficult to build hospitals where people could be healed, schools where children could learn, businesses where people could be productively employed, performing arts centers and art galleries where music, drama, and other aesthetic delights could be displayed. It is a commitment to the common good that allows a thousand individual dreams to be realized.

In the mission world, the systems that facilitate the common good are found in partnerships, networks, and other forms of strategic alliances. These are not an end in themselves. They are a means to an end. Partnerships, networks, and alliances allow us to share information and resources. They enable us to develop mutual awareness and appreciation, and based on our shared understanding, to join hands in specific, highly strategic Kingdom initiatives. They allow us to accomplish together what could never be done alone.

Working in collaborative efforts is never easy. The time and resources that individuals or ministries put into these efforts can sometimes feel as burdensome as paying taxes. Nevertheless, any mission leader with significant field experience would know that our co-investments in the infrastructure of collaborative efforts are – in the long run – one of the most essential and most effective investments we can make.