How to crush Satan 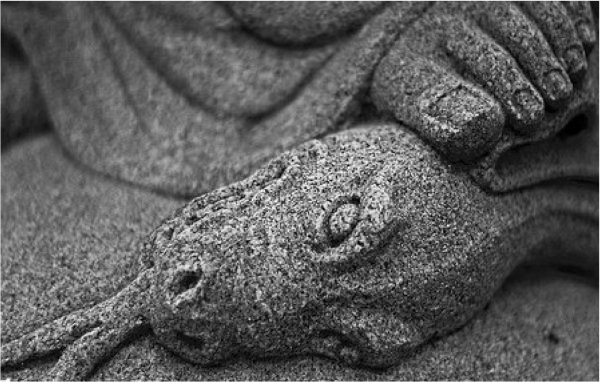 Partnership is the key

One of my team members recently highlighted a passage of Scripture that brought together – in one text – two very different topics that have been on my mind lately.

The first topic is women in leadership of Christian ministry. And the the second topic is overcoming Satan in spiritual victory.

I know it sounds odd that these two themes would end up side by side in the same text of the Bible, yet there they are – in Romans chapter 16.

And the theme that ties it all together is partnership.

The verses in chapter 16 of Romans can basically be divided into four parts:

Women and men in ministry partnership

In the first part of the chapter (verses 1-16), Paul and his co-authors and co-laborers send their greetings to various Christians in Rome. The list of names is very long.

1 I commend to you our sister Phoebe, a deacon of the church in Cenchreae.
2 I ask you to receive her in the Lord in a way worthy of his people and to give her any help she may need from you, for she has been the benefactor of many people, including me.
3 Greet Priscilla and Aquila, my co-workers in Christ Jesus.
4 They risked their lives for me. Not only I but all the churches of the Gentiles are grateful to them.
5 Greet also the church that meets at their house. Greet my dear friend Epenetus, who was the first convert to Christ in the province of Asia.
6 Greet Mary, who worked very hard for you.
7 Greet Andronicus and Junia, my fellow Jews who have been in prison with me. They are outstanding among the apostles, and they were in Christ before I was.
8 Greet Ampliatus, my dear friend in the Lord.
9 Greet Urbanus, our co-worker in Christ, and my dear friend Stachys.
10 Greet Apelles, whose fidelity to Christ has stood the test. Greet those who belong to the household of Aristobulus.
11 Greet Herodion, my fellow Jew. Greet those in the household of Narcissus who are in the Lord.
12 Greet Tryphena and Tryphosa, those women who work hard in the Lord. Greet my dear friend Persis, another woman who has worked very hard in the Lord.
13 Greet Rufus, chosen in the Lord, and his mother, who has been a mother to me, too.
14 Greet Asyncritus, Phlegon, Hermes, Patrobas, Hermas and the other brothers and sisters with them.
15 Greet Philologus, Julia, Nereus and his sister, and Olympas and all the Lord’s people who are with them.
16 Greet one another with a holy kiss.

What is remarkable to me in this passage is that one third of the names listed are women.

The text opens with a greeting to a woman – Phoebe – and Paul asks the believers in Rome to help her with anything she may need from them, “for she has been the benefactor of many people.” Priscilla is notably listed before Aquilla (her husband) and both are commended for having risked their own lives for Paul. Other women in the list are highly commended for their ministry and the sacrifices they have made – including prison.

I wonder:
When we as ministry leaders greet those who serve in ministry with us around the world … fellow workers, co-laborers, apostles, saints … those who have even risked their own lives for us … would even one-third of the names in our greetings be women?

You may find it interesting to know that less than a handful of CEOs of North American mission agencies are women. I have been in many CEO roundtables and mission leader gatherings where I was the only woman in the room.

Yet, more women in leadership is not my personal crusade. My mission is to see more people in partnership.

Several years ago, more than 4000 global leaders of the Lausanne Movement gathered in Cape Town (South Africa) where a document was produced called the Cape Town Commitment. That document (and its predecessors – the Lausanne Covenant and the Manila Manifesto) express the mission mindset of a vast number and diversity of Christians around the world. One major part of the 2010 Cape Town Commitment is dedicated entirely to the topic of men and women in mission partnership. I encourage you to read it.

But women and men in partnership is not how I titled this blog post.

And that’s where this passage in Romans gets really interesting.

How to crush Satan

Immediately following this long list of greetings to the believers in Rome – among whom a third listed were prominent women – Paul goes on to give the believers a warning and a word of encouragement (verses 17-20):

17 I urge you, brothers and sisters, to watch out for those who cause divisions and put obstacles in your way that are contrary to the teaching you have learned. Keep away from them.
18 For such people are not serving our Lord Christ, but their own appetites. By smooth talk and flattery they deceive the minds of naive people.
19 Everyone has heard about your obedience, so I rejoice because of you; but I want you to be wise about what is good, and innocent about what is evil.
20 The God of peace will soon crush Satan under your feet. The grace of our Lord Jesus be with you.

The warning is plain and simple: Watch out for those who cause divisions.

After 16 verses of greetings to fellow workers – both men and women – who were serving wholeheartedly together in the mission of Christ, we come to this warning about those who would cause divisions and put obstacles in the way.

And then comes one of the strangest sounding verses in the New Testament:

“The God of peace will soon crush Satan under your feet.”

At first, this verse seems like an odd contrast.

But when you look at this through the lens of partnership, it all makes sense.

The way to crush Satan is to be at peace with each other and to work together in partnership – as men and women serving together, as various ministries in collaboration, as members of the Body of Christ throughout the world each fulfilling our God-given roles.

Let there be no doubt. Partnership is spiritual warfare.

And the promise of God is that if we will seek peace and pursue it, our victory is assured.

The point of it all

One of the most powerful parts of this passage in Romans 16 is how it all ends (verses 25-27):

25 Now to him who is able to establish you in accordance with my gospel, the message I proclaim about Jesus Christ, in keeping with the revelation of the mystery hidden for long ages past,
26 but now revealed and made known through the prophetic writings by the command of the eternal God, so that all the Gentiles might come to the obedience that comes from faith —
27 to the only wise God be glory forever through Jesus Christ! Amen.

The purpose – the point of it all – is that the world would come to believe, trust, and follow Jesus Christ. It is the “command of the eternal God” to make known to everyone the glorious Good News of God’s love.

For God’s glory, let us be at peace, work together in partnership, crush Satan under our feet, and lead others into the joy of freedom and victory.

A few verses for further reflection:

Genesis 3:14-15
“So the Lord God said to the serpent, ‘Because you have done this, cursed are you … I will put enmity between you and the woman, and between your offspring and hers; he will crush your head, and you will strike his heel.'”

1 John 3:8
“The reason the Son of God appeared was this: to destroy the devil’s work.”

Romans 16:20
“The God of peace will soon crush Satan under your feet.”