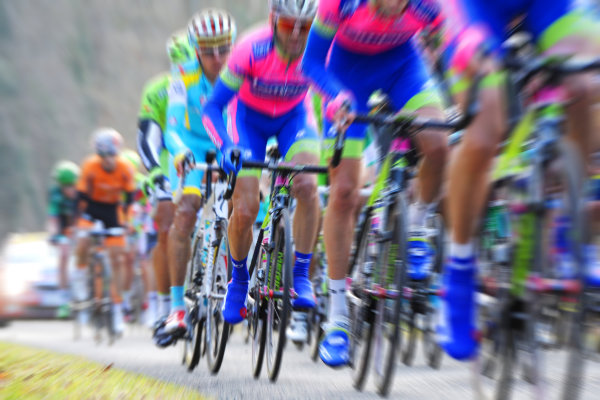 I recently returned from a family trip in France where I had the opportunity to take a beautiful bicycle ride. I spend time nearly every week spinning or cycling and I love the exhilarating feeling of changing pace from a slow mountain climb to a flat road sprint.

Not more than a month before our trip, the most famous cycling event in the world had just passed through the city where we were staying. It was the Tour de France – a grueling 21-day race 3,500 kilometers long, passing from sea level to mountain heights of more than 2000 meters and back down again, circling more than half the entire country of France and parts of England.

The Tour de France has run nearly every year since 1903. The race has 21 stages and there is a winner for each stage in addition to an overall winner. It takes a great deal of training, planning, teamwork, and logistical support to even complete the Tour de France – much more so to actually win.

The race can be incredibly difficult and dangerous for cyclists to navigate on their own, so the main riders usually combine to form what is called a peloton – an aerodynamic V-shaped group like a flock of birds. The peloton is a very important part of long distance racing because cyclists in a peloton can save a tremendous amount of energy by riding close together. The reduction in drag accomplished by drafting or slipstreaming together can be as much as 40% in a tight group!

The peloton is so important to the race that the association which oversees the Tour de France even has an official rulebook on peloton behavior. In the early days of the Tour, cyclists were not allowed to ride close to each other, but as cycling speeds have become faster and faster over the years, the modern peloton has become a central feature of the race.

That is the Peloton Principle – racing together saves energy and increases performance.

Think about that for a moment in your own ministry context.

Could you imagine a 40% improvement in your work?

The Peloton Principle is a good metaphor for understanding the benefits of missional networks and partnerships. One of the biggest problems in ministry and mission today is the massive duplication of efforts and wasted resources. So many ministries trying to do the same things in the same places with little or no coordination. Each one trying to navigate a long and perilous journey on their own.

But if we truly understood the dramatic improvements that can come by working together in partnership, I’m convinced every church, ministry, and mission organization in the world would be thinking about the Peloton Principle.

If cyclists care enough about the peloton to create an official rulebook for themselves, why would we not care enough about partnership to take it just as seriously? After all, is the goal of the Gospel to the ends of the Earth not more important than crossing the finish line in a bicycle race?

I have fought the good fight. I have completed the race. I have kept the faith.
2 Timothy 4:7

For I consider my life worth nothing to me. My only aim is to finish the race and complete the task the Lord Jesus has given me – the task of testifying to the good news of God’s grace.
Acts 20:24

Let me pull a couple stories from our video library that show what this looks like in the context of real mission partnerships.

Take a look at these two video stories and reflect on your own ministry context. Are you fighting against the wind, slogging up a mountain on your own, with a hundred other ministries doing exactly the same thing? Or are you experiencing the peloton effect, working in partnership with others, leveraging the strengths of the group?

In this first video story (2 minutes), Phill Butler tells about what happened when a group of ministries forming a new partnership discovered how much unnecessary duplication existed in their work.

In this second video story (6 minutes), Ernie Addicott talks about what happened when three different Bible translators from three different countries discovered that they had all been working on the same project in the same place without any knowledge of each other. He then goes on to share the tremendous benefits they gained from working together – the Peloton Principle in practice!